Jan. 23rd is the start of tax season to file your 2016 tax return in Lodi NJ
18767
post-template-default,single,single-post,postid-18767,single-format-standard,ajax_fade,page_not_loaded,,side_area_uncovered_from_content,qode-theme-ver-12.0.1,qode-theme-bridge,wpb-js-composer js-comp-ver-6.0.5,vc_non_responsive 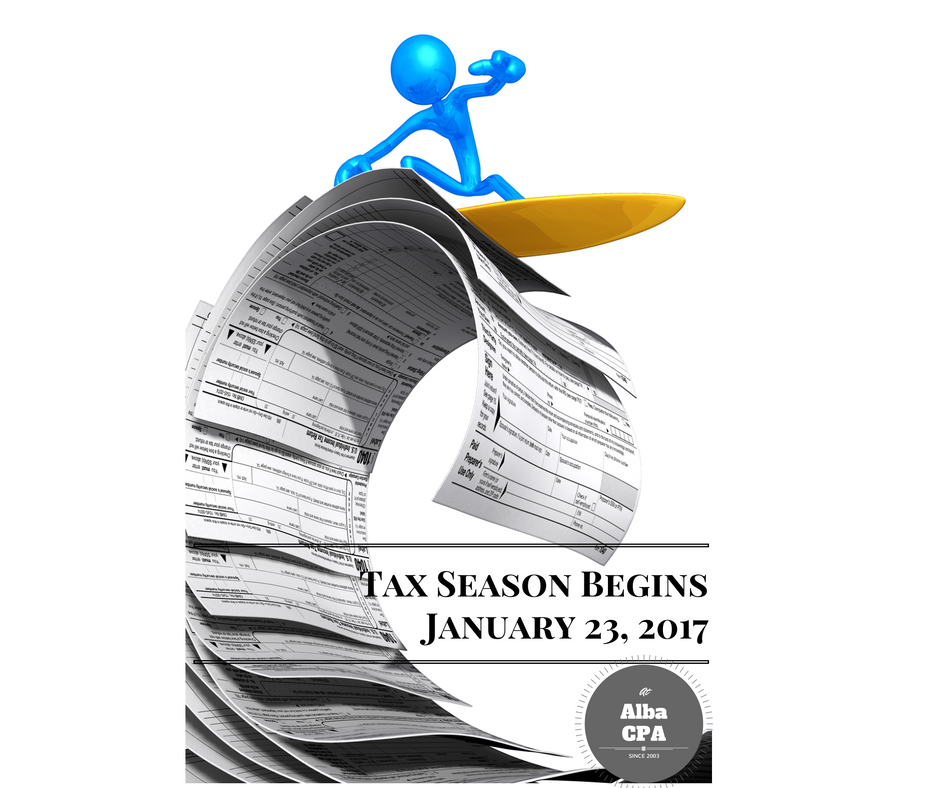 The IRS announced that they will start accepting e-filed tax returns on Monday, Jan. 23, 2017. We at Alba Translations CPA will be accepting tax returns before Jan. 23 and then will submit the returns when IRS systems open. The IRS will begin processing paper tax returns at the same time.  We strongly recommend waiting until you receive all tax forms before setting up appointment to file your 2016 tax return

Many software companies and tax professionals The IRS reminds taxpayers that a new law requires the IRS to hold refunds claiming the Earned Income Tax Credit (EITC) and the Additional Child Tax Credit (ACTC) until Feb. 15. In addition, the IRS wants taxpayers to be aware it will take several days for these refunds to be released and processed through financial institutions. Factoring in weekends and the President’s Day holiday, the IRS cautions that many affected taxpayers may not have actual access to their refunds until the week of Feb. 27.

The filing deadline to submit 2016 tax returns is Tuesday, April 18, 2017, rather than the traditional April 15 date.

Choosing e-file and direct deposit for refunds remains the fastest and safest way to file an accurate income tax return and receive a refund.

As usual, more than nine out of 10 refunds will be issued in less than 21 days, with the exception of the holds mentioned above.

Where’s My Refund? ‎on IRS.gov and the IRS2Go phone app will be updated with projected deposit dates for early EITC and ACTC refund filers a few days after Feb. 15. Taxpayers will not see a refund date on Where’s My Refund? ‎or through their software packages until then.

Sorry, the comment form is closed at this time.